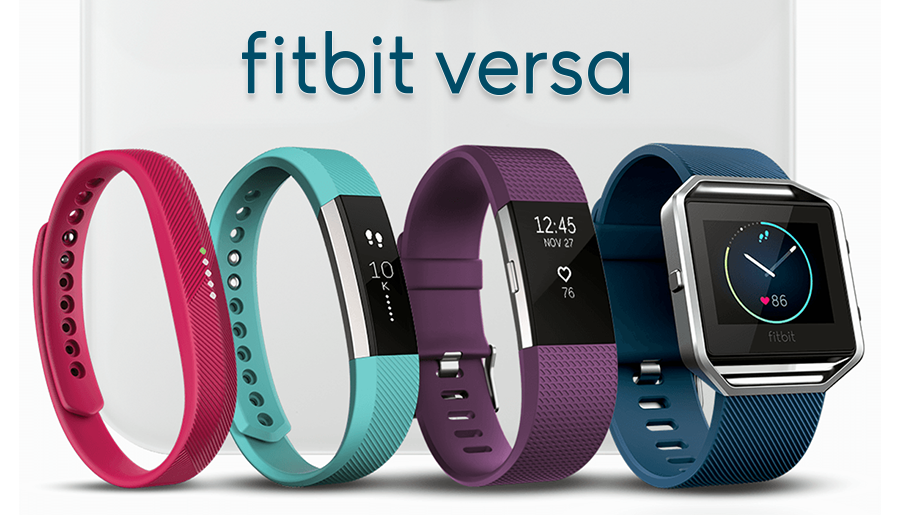 The company Fitbit has once again proved its dominance in the market by launching the latest activity tracker and health smartwatch the Versa mainly targeting women but is also suitable for men. Earlier the company has already launched Fitbit Ionic which started the revolution in the health industry but been criticized due to its big dial but this time things have been changed. It is common that women do have smaller wrists than men which makes the Versa a smaller and lighter with specific female-health tracking features. The company also ran a survey which showed the difference as earlier 60 percent of the Fitbit watch users were men which gives an opportunity to grow their market for women.
There are different activities or sports through which people can be fit and Versa aimed at a wide range of people which starts from the casual walker, runner, cyclist, or serious gym goer. As it focuses on women it covers different aspects of health which varies from calmness and sleep to more detailed female health tracking features.
Expected Release Date and Prices
The Versa is available at the Fitbit stores and you can get yours as they are easily available in the market. There are two different models of the watch as the standard model cost of around 200 pounds whereas the special edition will cost you around 229 pounds. The difference between the special edition is the woven strap as it also allows you to make the payments via Fitbit pay. As the watch is quite different from the earlier version Ionic and making it cheaper even from the entry-level Apple watch and to some other smartwatches available in the market. There are different online stores through which you can order your first Fitbit watches like Amazon, Walmart, Target, and many more.
Design and Display
The change is the size of the watch as it is smaller than the Ionic which is even quite large for a watch as Its screen size is 34mm diagonal, by 24.075mm high, and 24.075mm wide. There is a similarity between the 38mm Apple watch and the Versa, but it is compact in terms of the size as it is slimmer and lighter. As the watch targets women but men who prefer a small smartwatch can also opt for this version rather than going for Ionic. There are three different models in standard with silicon straps as all three of them varies in the colour of the dial and in the strap.
Features
It is one of the most important things as the Versa has all the common features once compared with Ionic but it also the can connect to your smartphone GPS. There are people who prefer to run without their smartphone and GPS connectivity can prove to be important. Some of the other features are Steps measurements, distance covered, calories burned, floors climbed, active minutes throughout the day, hours of sleep, as it also helps to set a reminder to move at least once in an hour with minimum 250 steps. It also has the SpO2 sensor which allows to measure the amount of oxygen in the blood which is again important during the sports activity. There is a standard rating as if it goes below 95 percent which is a sign of poor blood oxygenation in the body.
Notifications from your phone straight to your wrist are essential for any smartwatch. Incoming text messages, emails and phone calls can all be set to ping on the tracker. You can also get your Calendar notifications on the watch. The same is true of non-smartwatch Fitbits such as the Charge 2 and Alta HR.
At the time of the launch, Versa was only available for Android users but now the company has started working to make it compatible for iOS and for Window phone users.