Which one will prove to be more dominant, iPhone 8 or iPhone X? 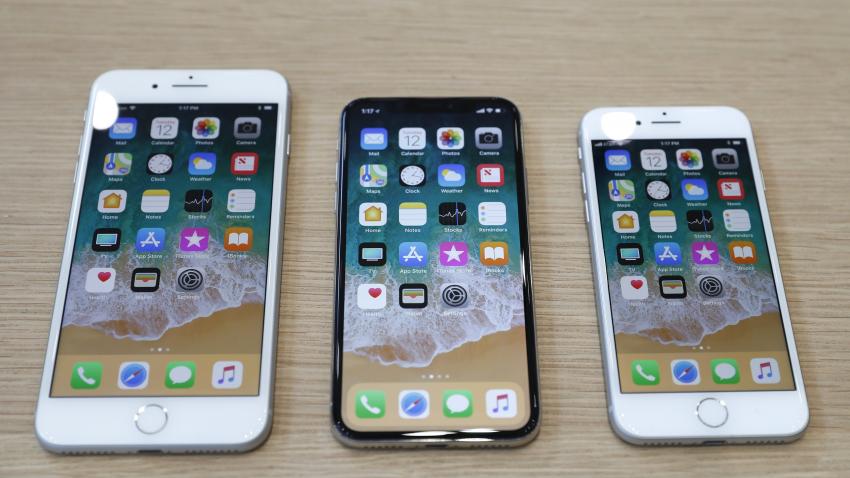 Which one will prove to be more dominant, iPhone 8 or iPhone X?

The month of September is all about ‘Apple’ as the company has come up with three latest smartphones in the market. The year before, Apple has launched an upgraded version of iPhone 6s as iPhone 7 and 7 plus but this time it was the time of the tenth-anniversary celebration as the company gave a stick to all of his doubters. There were many speculations and doubts about the development of the iPhone 8 but nobody had an idea about the anniversary special “iPhone X”.
At the announcement ceremony, the CEO, Tim Cook proudly announced the iPhone 8, iPhone 8 Plus and iPhone X, that will hit the market at the end of the October or early November for the public. There are many iPhone who was waiting for this moment as they hold their guns for the upgrade but now there are three options to choose from, the question remains the same, which model should you buy?
By the first look of iPhone 8 and iPhone X, there is the relatively vast difference in the appearance as with the iPhone X, the company has tagged a logo as “The smartphone of the future”. The iPhone 8 is considered to be the upgraded version of 7 with the same hardware properties as it still consists of a Touch ID whereas iPhone X has gone beyond the limits with the latest addition of Face ID feature. Let us consider some of the important features of both the iPhones which makes it easier for you to choose from and the first comes the Size
The iPhone 8 and X are both smaller in size when compared to the 8 Plus or all other plus models in the market. The iPhone 8 is even smaller and thinner than the X model which is a difference of half a centimetres that is most of the times goes unnoticeable. There is an advancement in terms of features which makes iPhone X a bit more in the overall weight as it weighs 174 grams whereas iPhone 8 weighs 148 grams. So if you always purchase the iPhone considering the shape and weight of it, the iPhone 8 is a clear winner.
Screen Size
Both the iPhones seem to be identical in terms of the shape and size but there is a huge difference in the screen size as iPhone 8 comes with 4.7-inch Retina HD display whereas iPhone x has a 5.8-inch Super retina HD display but there is a lot of criticism about the screen of X as there is a notch taken out of the top of the screen. There is a lot of talks going on the design of the iPhone as there is some screen visible on either side of the notch which is not really going to be usable. Even when it is used in the portrait orientation, the width on the iPhone X matches the width of iPhone 8. Still, if you want a bigger screen iPhone, iPhone X should be your first choice compared to 8.

Camera
Both the iPhones have the same quality camera as they come with a 12MP camera on the back but there are some key differences. The iPhone X, just like iPhone 8 plus has two cameras at the back which will combine to create the stunning portrait pictures but the iPhone 8 has only one camera of 12MP at the back with a digital zoom capacity of 5x. Tuning to the camera on the front of the iPhones. The selfie/FaceTime camera on the front of the iPhone X is different to that found on the iPhone 8. On the iPhone 8 you will find a 7MP FaceTime HD camera with Retina Flash (the same as on the iPhone Plus) but on the iPhone X, there is a 7MP True Depth front camera with Portrait mode and Portrait Lighting.
Home Button
This is one of the features which make iPhone X vastly different from iPhone 8, the trademark Home Button which was an integral part of all iPhones of all generations has been demised for getting the bigger screen of the latest iPhone. The removal of Home Button allows Apple to make some subsequent changes in the interface which might make it hard for the users to get used to it as sometimes it will be frustrating for them.
Price
All the similarities and involvement of new features comes down to the total amount that you need to pay for purchasing any one of the iPhone as there is a huge difference in the price list of the iPhones. The iPhone 8 is available and costs £699 for the 64GB version and £849 for the 256GB version. While the iPhone X will cost £999 for the 64GB version and £1,149 for the 256GB version.