All about Xiaomi Mi 5X – The latest smartphone

All about Xiaomi Mi 5X – The latest smartphone

The latest smartphone by the Chinese company Xiaomi is Mi 5x which is the mid-range smartphone that serves million in numbers. People are always fond of the latest technology and the new launch by Xiaomi consists of everything in the budget. There are many speculations as it has been considered that the company borrows a lot of design cues from the iPhone 7 Plus and as per the looks it has a metal design body with the rounded edges which is quite common these days. What gives the smartphone a highlight is the price point that the company came up with? There are already so many smartphones in the market with almost the same technology and design but all of them are quite similar in the price structure. But Xiaomi has worked well in the development and the cost structure of the smartphone.

The smartphone is powered by 64-bit octa-core Snapdragon 625 SoC which is clocked up to the 2GHz processor. The smartphone runs on MIUI 9 which was launched with the phone in the event conducted by the company. It shared an upcoming platform with Android 7.0 Nougat which gets a back-up from 4 GB of RAM and 64 GB of storage. The company has launched only one variant till now as it is believed that in some time they will come up with another variant of the phone with 8 GB of RAM and 128 GB of storage.

The display of the smartphone is 5.5-inch full HD LTPS that will disperse 1080 x 1920 pixels which are same to many high-end smartphones in the market. The picture quality of the phone is also impressive considering the price-tag attached to it. 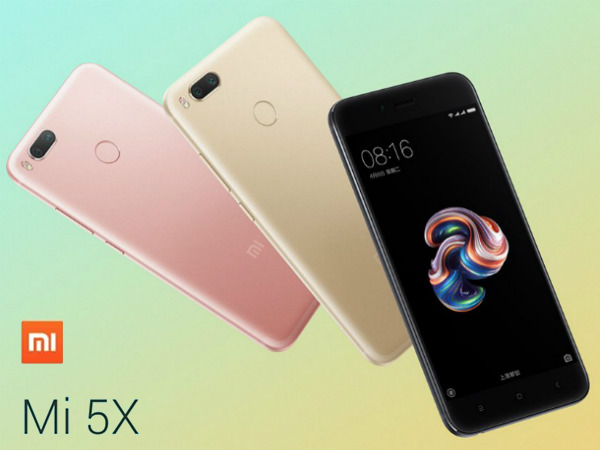 The cameras of the phone is also going head to head with other smartphones in the same segment as it is a place for dual rear camera which is 12-megapixel wide-range angle with 1.25-micron pixel sensor and a 12-megapixel telephoto with 1-micron pixel sensor which is similar to the camera quality of Mi 6 which was the previous version of the smartphone. The front camera of the phone was expected to be high in the quality but the company is sticking to 5-megapixel that comes with the real-time beautification option. The best part of the phone that it comes with a feature of portrait mode for bokeh effects which is known feature in iPhone 7 plus and OnePlus 5.

The smartphone includes 4G Volte, dual-band Wi-Fi 802.11 ac, GPS/ A-GPS, USB Type-C Port, and 3.5 mm headphone jack. The smartphone doesn’t offer any up gradation in the connectivity as almost all the features are similar to the Mi 6. The sensor includes an accelerometer, ambient light sensor, gyroscope, infrared, magnetometer, and proximity sensor. The company has also collaborated with DHS Audio Calibration Algorithm which will enhance the audio output to provide high-quality sound and a standalone audio amplifier for improved quality via headphones.

The smartphone is powered by 3080 mAh battery and the company assured that the device will provide 7 to 8 hours of backup if used continuously for that period of time. The total weight of the phone is about 165 grams which fit the palm and actually feels lighter in weight.

Overall Xiaomi has worked beyond their limits and succeeded in their efforts as we look into the features of the smartphone, it consists of every imaginable technology and the best part is the price of the device as in Chinese currency it cost around CNY 1,499 which is around 14,200 rupees. The company opened the first sale with registrations and till now they have received 800,000 in total.